Tired but elated, Pippa Middleton (sister of Kate Middleton, Duchess of Cambridge) was all smiles yesterday as she completed the Race Across America.
Pippa, 30, crossed the finish line just after 3am in Annapolis, Maryland, following six days, ten hours, fifty-four minutes and 3,000 miles.
She was the only woman on the team that also included her brother James. “I was talked into this by most of the boys, and particularly by James,” she stated.  “I found cycling at night quite intimidating. There were a few nights when we came across snakes, skunks and deer.”
Pippa and her team were raising money for the British Heart Foundation – which has appointed her as an ambassador – and The Michael Matthews Foundation, named after a British adventurer who died in 1999, aged 22, on Mount Everest.  It provides education to children who wouldn't otherwise receive one. 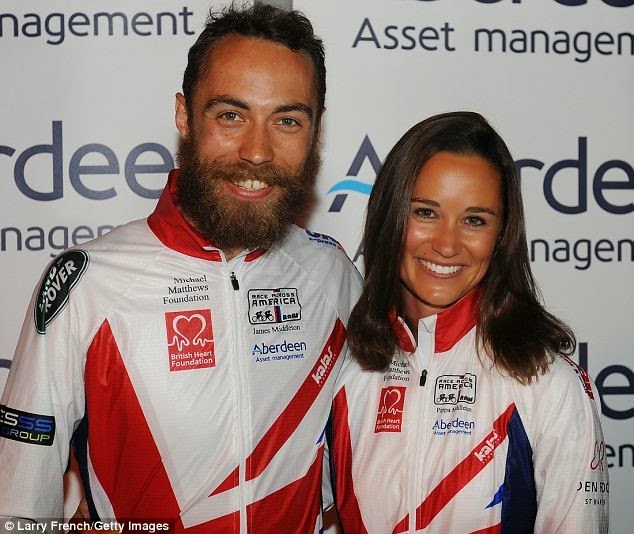 North Iowa Touring Club was formed in 1977 by a group of outdoor enthusiasts whose primary goal was to give their group of cross country skiers a way to schedule outings. Over the years the interests have expanded to include a variety of sports including skiing, swimming, running, biking, canoeing and sailing. Members of all ages, experience and skill levels are welcome.

Join us to enjoy your favorite activities with others who have similar interests.

• Meet people with interests in a variety of activities.

• Teach skills you have learned.